We had the pleasure to attend the 2020 HAI Heli-Expo held at Anaheim Convention Centre and supported alongside the Bell team. The Bell 505 JetRanger X, Bell 407GXi, Bell 429, Bell Subaru 412EXP, and the incredible Bell 525 Relentless was showcased on the stand, attracting a lot of attention and enquiries. Another very busy but successful year at HAI as we also offered Bell 505 and 429 demos which received positive feedback. Bell announced new equipment enhancements across its current in-production commercial aircraft. The enhancements are available for new commercial aircraft and can be retrofitted across commercial aircraft.

Additionally, the Bell 407GXi's new Instrument Flight Rules capability 'allows all weather operations while continuing to provide multi-mission capabilities reliably and effectively. The Bell 407GXi offers the lowest direct operating costs of any IFR-capable helicopter on the market today.' They have also confirmed they will include the Precise Flight Pulselite system as standard equipment on all new Bell 407GXi aircrafts - this alternately pulses the landing and taxi lights to enhance the visibility of the aircraft to traffic and birds (reducing the number of bird strikes)

If you wish to find out in more detail, please read Bell's news article in the link provided below:

This was the first event of the year for Helix. We have many more lined up for this year and will be announced shortly. 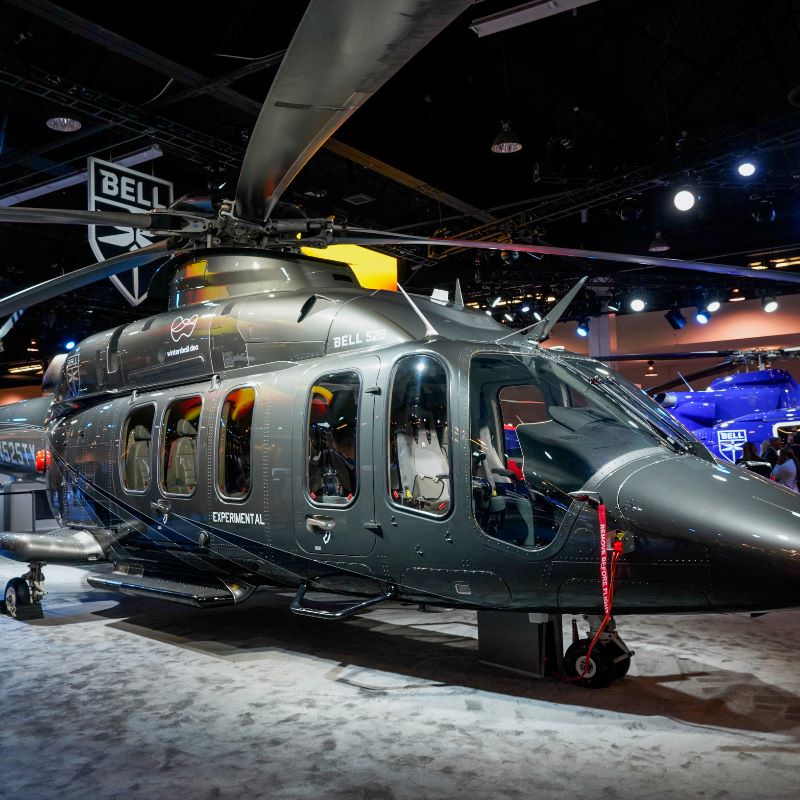