Bell's recent innovation of a groundbreaking new electric anti-torque system (EDAT) in development for its commercial helicopters. This compromises four small fans, each driven by separate electric motor. The light, twin-engine 429 was tested at Bell's facility in Mirabel, Canada. They began flight tests on May 23rd 2019, and since then the Bell 429 has done 25 hours. Bell are the first to achieve a successful flight with the electric tail rotor and anti-torque system.

Cost effective and enhanced safety, the innovative anti-torque fans are controlled though pedals, and the motors are entirely electric through its ''fly-by-wire''. When the aircraft is on the ground, the electric fans stop rotating for bystander's safety. Though Bell has not yet announced any performance figures. Eric Sinusas, Bell's Programme Director, said 'removing conventional components such as lubricated gearboxes and greased bearings, and moving to a more simplified electrical system, should keep the costs down.'

The turboelectric-powered system reduces the carbon emissions and it more efficient than pure jet turbine power, improving fuel consumption. The new design is to also reduce noise levels by a significant amount compared to the traditional helicopter with the conventional tail rotor. One of Bell's aims was to reduce maintenance costs as Bell removed all mechanical linkages and the control tubes of a conventional system.

Bell's plan is to optimise and refine the EDAT. Sinusas said it would be an option to have it retrofitted once it's on the market. He confirms the technology is scalable to larger or smaller helicopters. The plan is underway to make future helicopters hybrid or all-electric propulsion.

For more details on the EDAT, please read Vertical Magazine's article below: 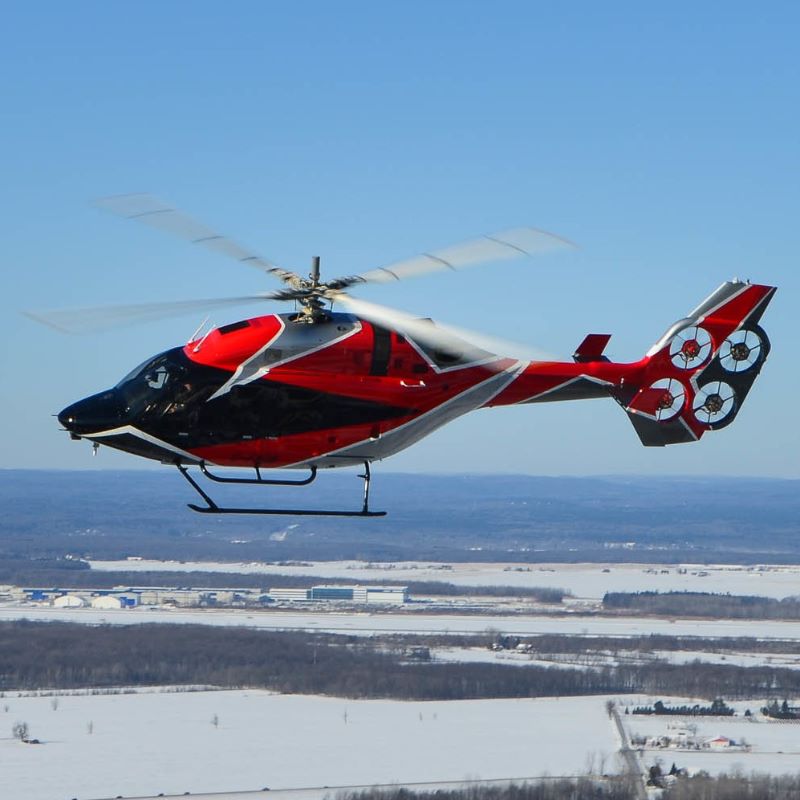