Celebrating Bell's 85th Anniversary, it all began with one vision - to pioneer new technology and propel the aviation industry into the future.

Lawrence D. Bell devoted 40 years to the aircraft industry, who became the chairman of the board of one of the nation's foremost aircraft firms, Bell Aircraft Corporation. The firm produced such significant aviation contributions as the nation's first jet powered airplane, the world's first commercial helicopter, the world's highest flying airplane the Bell X-1A, as well as being the first jet vertical take-off and landing plane.

However Lawrence D. Bell made the decision to start his own company. Larry Bell then founded Bell Aircraft Corporation with 56 employees.

Over the years, Bell have continued to innovate and inspire.

We welcome you to take a walk through Bell's virtual museum experience that holds the history, memories and milestones shared from our Bell family and friends. 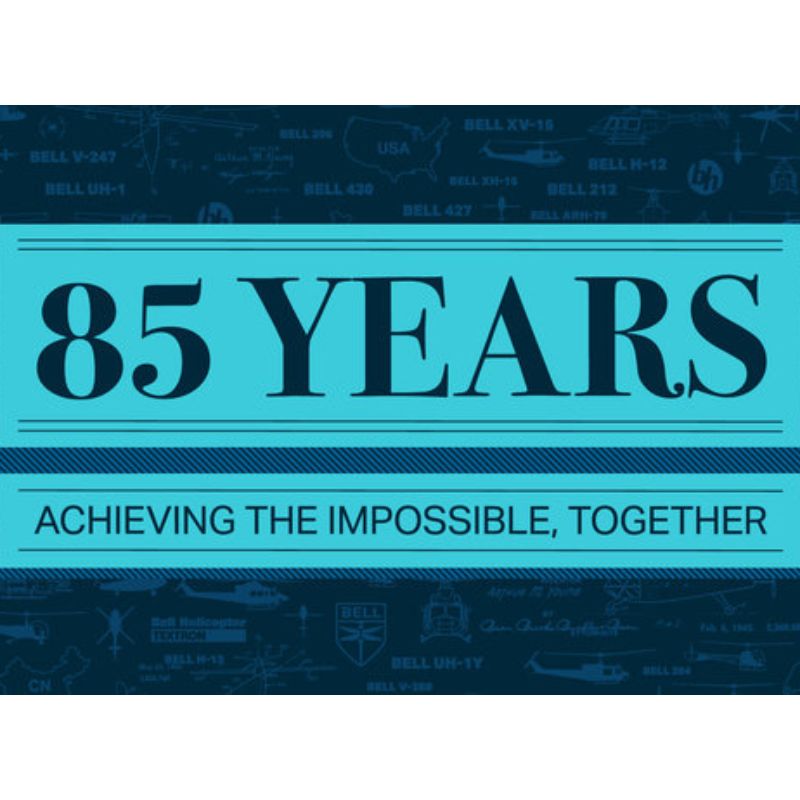