Bell announced the Bell 505 cargo hook has been approved by European Union Aviation Safety Agency (EASA) to carry up to 2,000 pounds (907 kg) giving the aircraft an external gross weight capability of 4,475 pounds (2,030 kg).

''The cargo hook capabilities are an important enhancement for the aircraft and an added capability for utility and public safety operations,'' said Duncan Van De Velde, Managing Director, Europe & Russia. ''The Bell 505 is built for versatility and being able to adapt quickly, and the cargo hook will be a great addition for our utility customers in Europe.''

In November 2018, Storm Heliworks AB, a helicopter based in Sweden tested out the 505-cargo hook while in Canada. The company performed a wide range of specialised operations, such as building power lines, clearing trees from power lines, forest inspections, mosquito control, firefighting and other missions.

''Our experience with flying the 505 was very positive and proved to be excellent aircraft for our missions,'' said Dennis Sundqvist, deputy flight operating manager, Storm Heliworks. ''Cargo hooks are pertinent for our work. The Bell 505 is the strongest helicopter we've flown for its size and excited to see this added capability to the aircraft certified.''

One of Bell's North American operators, Rocky Mountain Rotors, utilises its 505-cargo hook for search and rescue (SAR) and utility missions. It is a premier provider of helicopter services in Montana, Wyoming and Idaho and detailed his experience with the aircraft.

''The Bell 505 is very diversified as far as the missions it can do,'' said Mark Taylor, founder/co-owner/chief pilot, Rocky Mountain Rotors. ''There's been multiple times we've had to turn it into a cargo ship versus a passenger ship and most of those times its involved search and rescue. The performance of the helicopter is impressive.''

''There's a big pricing difference between a 505 and a long light single's cost of operations,'' continued Taylor. ''If I need to move more weight, I'm looking at my larger single engine aircraft, but the 505 is right there as a contender and I can operate it for quite a bit less than the other aircraft. Being competitive with an aircraft that's capable of performing in rugged terrain in Montana, it definitely has helped.''

With a speed of 125 knots (232 km/h) and useful load of 1,500 pounds (690 kg), the Bell 505 is designed to be safe and easy to fly while providing significant value to the operator. The customer-driven design of the aircraft places safety, performance and affordability at the forefront, blending proven systems with advanced technology and a sleek, modern design. 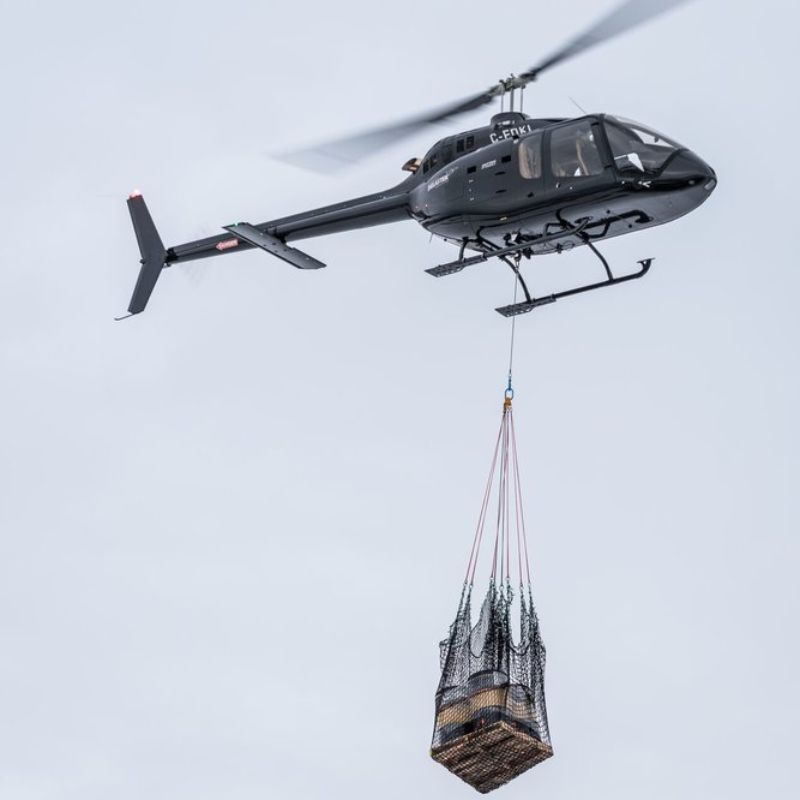